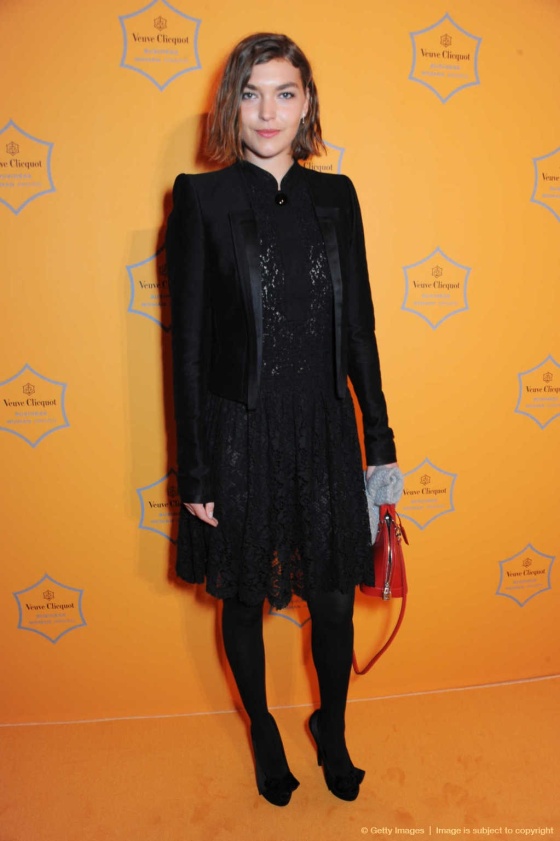 Supermodel, Arizona Muse attended the Women of the Year Awards in London this past Tuesday, Chicer than ever.
The Supermodel wore a Black Lace Dress, which’s very Chic for Spring and Fall, and also very Kate Middleton. Arizona paired the black lace dress with a matching Black Velvet, and very sophisticated jacket. Arizona also wore black tights, and black heels with a bow on them. Head to Toe black was HUGE at Spring 2013 and Fall 2013 fashion week. American Harpers Baazar even declared black, the new white for the Spring season in their February 2013 issue.
To add a pop of color to her all black ensemble, Arizona Muse carried a Chic handbag in a shade nevertheless than Tangerine, a The Color of the Year for 2012. And a big shade seen at about every Spring 2013 show. The Supermodel also tied a periwinkle colored knit scarf around her tangerine handbag for a Very Chic look with the perfect amount of color to a Classy, all black ensemble.