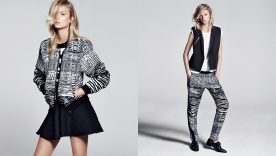 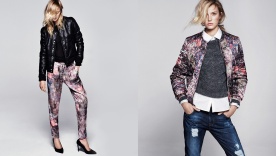 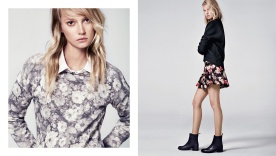 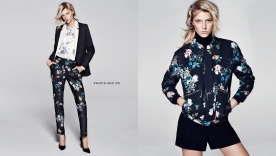 A Magical Garden feel arises in Mango’s Fall 2013 Lookbook, on Jackets, Shirts, and even jeans. Paired with cute prints of plaid and even Hip Hop inspired prints, oh-so-Rihanna and Emilio Pucci Spring 2014, paired with more Masculine accents. Denim paired with a chain belt and Houndstooth on a tweed jacket. The always Stunning Sigrid Agren definitely shows off the perfect, and more affordable looks for any style in Mango’s Fall 2013 Lookbook. 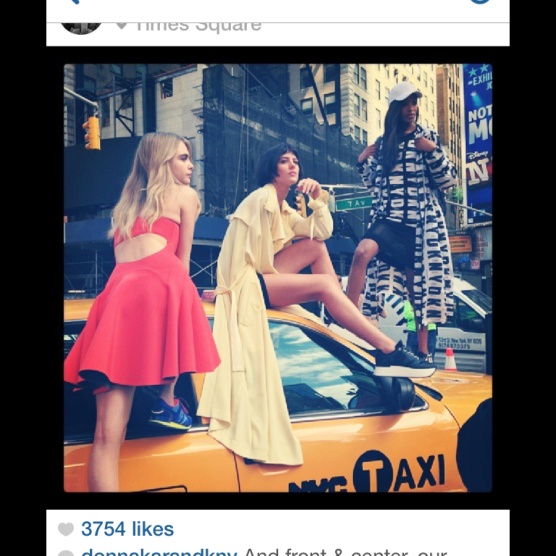 Pictures of today’s shoot in Times Square from Donna Karan and DKNY’s Instagram.

In none other than Times Square in New York City, Supermodels Cara Delevingne and Jourdan Dunn star along with Rising star, Eliza Cummings for DKNY‘s Spring 2014 campaign. Since today is Columbus Day in America, and many tourists are in Times Square, I think that it’d be so cool to Cara Delevingne and Jourdan Dunn striking poses as you walk by in Times Square. But one thing that I really like about DKNY’s campaign, is that there are a lot more Models used in the Campaign this time, besides just using and model as the face of the Men and Women’s fashions for DKNY. So I like to see the many faces shine for DKNY.