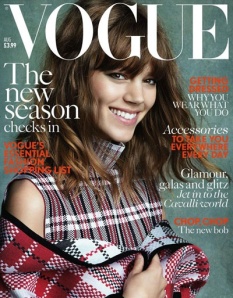 Aspiring models everywhere try to make it to become the next big Kate Moss or Gisele, each year. But only a few get to make it, even into models.com coveted Top 50 Models, Industry Icons, The Money Girls, and very few make it into The Supers. Models.com has officially changed up their rankings, as they annually do in September and in February. Who made it?

Well a dream for many models someday is to graduate from the Top 50 Models to the Industry Icons, and maybe even someday down the road to The Supers. Well the three new Industry Icons, who are now joining a coveted list of Supermodels including Natalia Voldinova, Coco Rocha, Stella Tenant and Karolina Kurkova. One of which is Victoria’s Secret Angel, and one of my all-time favorite models, Doutzen Kroes. Besides her Victoria’s Secret Angel contract, Kroes just seems to score more and more new contracts daily, one of which was for fronting Emilio Pucci’s Fall 2013 campaign. The second is Sasha Pivovarova, after ending her runway career in 2011, focusing more on her art. And then getting married and having her first child, a daughter in May of 2012. Sasha has definitely deserved a coveted spot as an Industry Icon. Being the face of Prada for many years now, and still having many contracts underway, a la Proenza Schouler and Juicy Couture for Fall, and a Saint Laurent for Resort season. Pivovarova has definitely got it all. But the other newest edition to the Industry Icons really excited me, Freja Beha. I have always been such a Freja Beha fan and I think that she really deserves to be an Industry Icon. With her Maybelline Contract, and many Vogue covers (internationally) underway, Beha has definitely graduated from that runway regular, to a more coveted Supermodel. 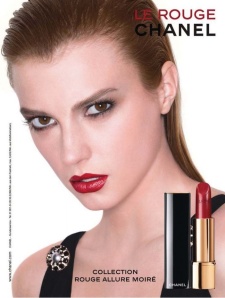 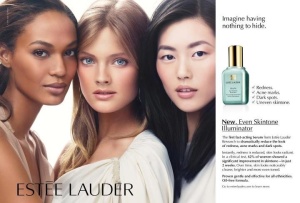 Aspiring models everywhere try to make it to become the next big Kate Moss or Gisele, each year. But only a few get to make it, even into models.com coveted Top 50 Models, Industry Icons, The Money Girls, and very few make it into The Supers. Models.com has officially changed up their rankings, as they annually do in September and in February. Who made it?
The Money Girls list had a lot of new editions made to it’s list, some of them even surprised me. I was pretty shocked, and excited to see one of my favorites, Sigrid Agren make it into a the list, at Number 36 for all her work at the Chanel brand, and her contracts with other brands like Sportmax, Elie Saab, and Daks. And to my surprise Chanel Beauty face, Jac Jagaciak was ranked just right above Agren at 35. There’s no surprise that the four Estée Lauder faces all new it into the list. Joan at 21, and Liu and Constance tied at 22, and Arizona at 25. The Karlie Kloss has definitely made it into the list at 28, surprising I thought she would be higher. Michael Kors face, Karmen Pedaru has ranked the highest of the Newest editions of The Money Girls. The all-time Michael Kors face who has been ranking up contracts daily has ranked at 17. And to my surprise, One of my favorite models Frida Gustavsson has made it in at 32, for her many perfume contracts, and her new Maybelline contract (scream), as well as her contracts for brands like Valentino and Express.
What do you think of models.com newest editions to The Money Girls?

Tell me what you think in the comments